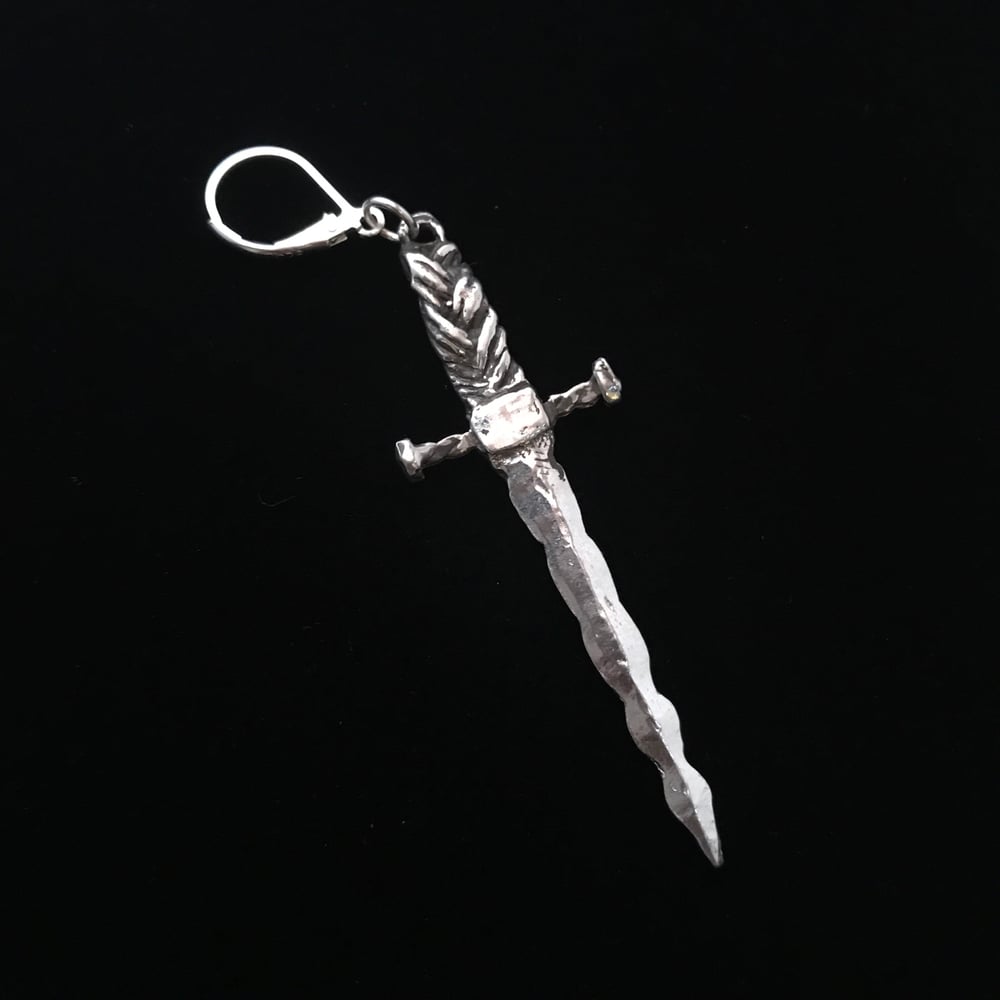 The athame dagger is the main tool used in ceremonial magick dating as far back as the Middle Ages. In particular the ancient kris blade (a double-edged, wavy blade), originating in Indonesia, has been the most coveted blade for it is known to possess supernatural powers. Legendary kris with powerful abilities still thrive in traditional folktale. Kris are used in rituals, on display as talismans, and as a powerful accessory for ceremonial dress.