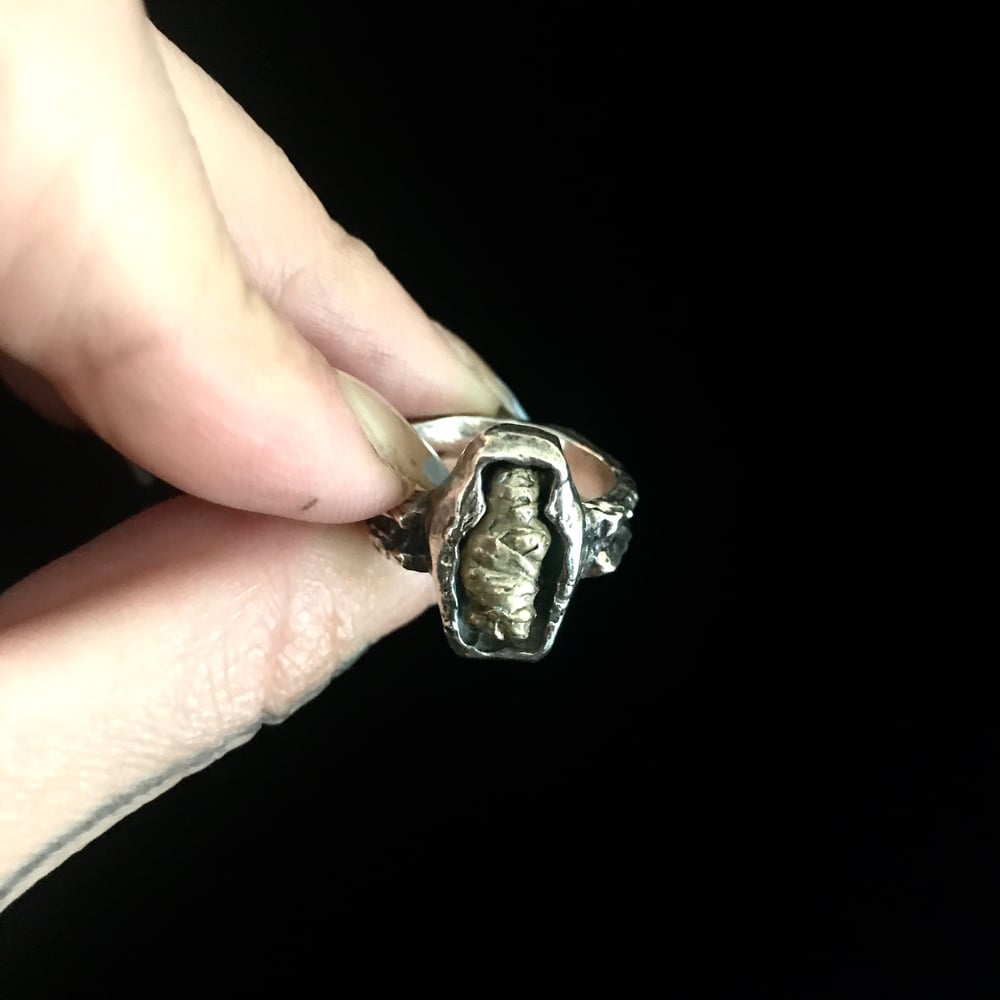 Handcarved from wax then cast is a bronze wrapped mummy in a silver sarcophagus.

It was very important to ancient Egyptian religious beliefs that the human body was preserved. The method of artificial preservation, called mummification was developed so they were in tact to transport to the afterlife. It took about 70 days to embalm a body. The priest in charge would wear the mask of a jackal representing the god Anubis.
1. The body was washed and purified.
2. Organs were removed. Only the heart remained.
3. The body was filled with stuffing.
4. The body was dried by covering it with a substance called natron*. This substance absorbed all the moisture from the body.
5. After 40 - 50 days the stuffing was removed and replaced with linen or sawdust.
6. The body was wrapped in strands of linen and covered in a sheet called a shroud.
7. The body was placed in a stone coffin called a sarcophagus.
The mummy was then ready for it's journey.