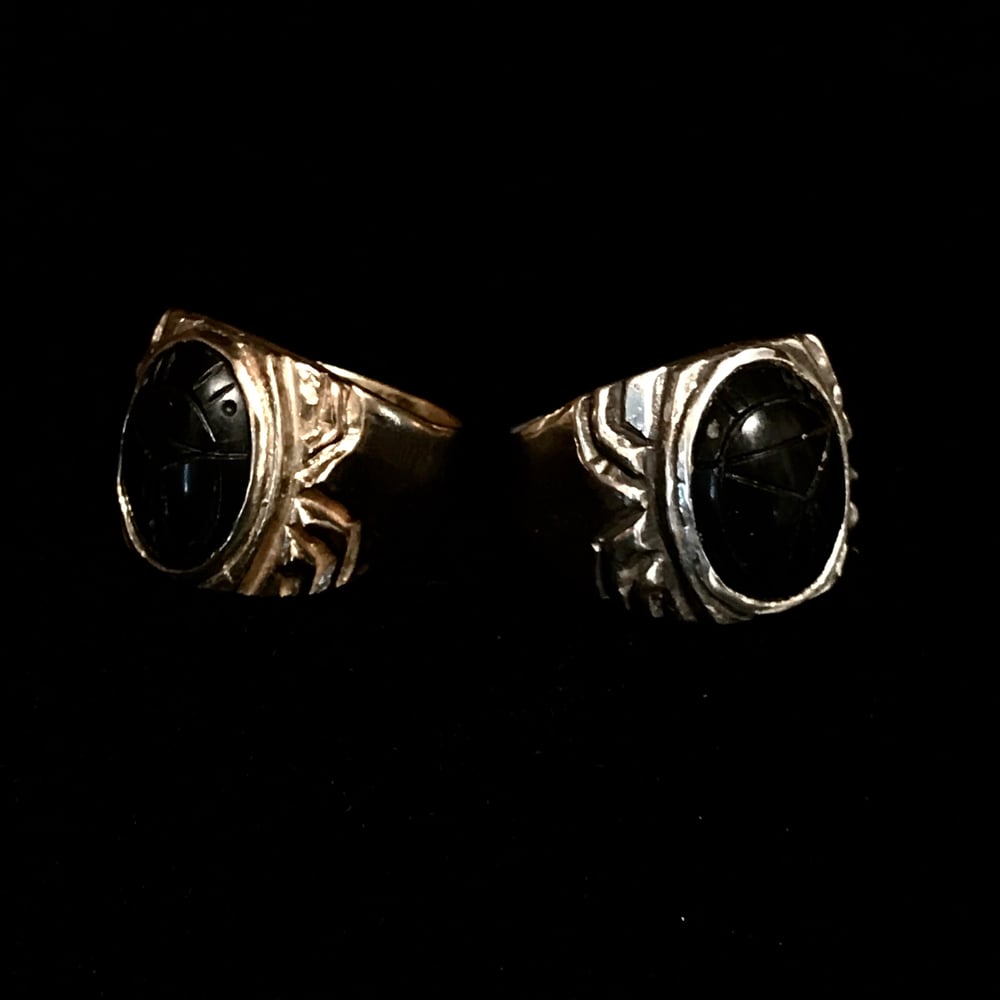 The most prevalent amulet of ancient Egypt is the scarab - a symbol of rebirth and resurgence. A heart scarab carved in stone was often placed on mummies to care for them in the afterlife.

"The scarab’s association with the daily rebirth of the young sun god, Khepri, gave the beetle a prominent role in funerary contexts. Since the sun was thought to die each night and be reborn each morning as a scarab beetle, the beetle took on significant regenerative powers. It was beneficial to the deceased to harness these powers so he or she could be reborn into the afterlife — in the same way the sun was reborn every morning at dawn." - archaeologicalmuseum.edu

Available in brass or Sterling silver in sizes 5-9.