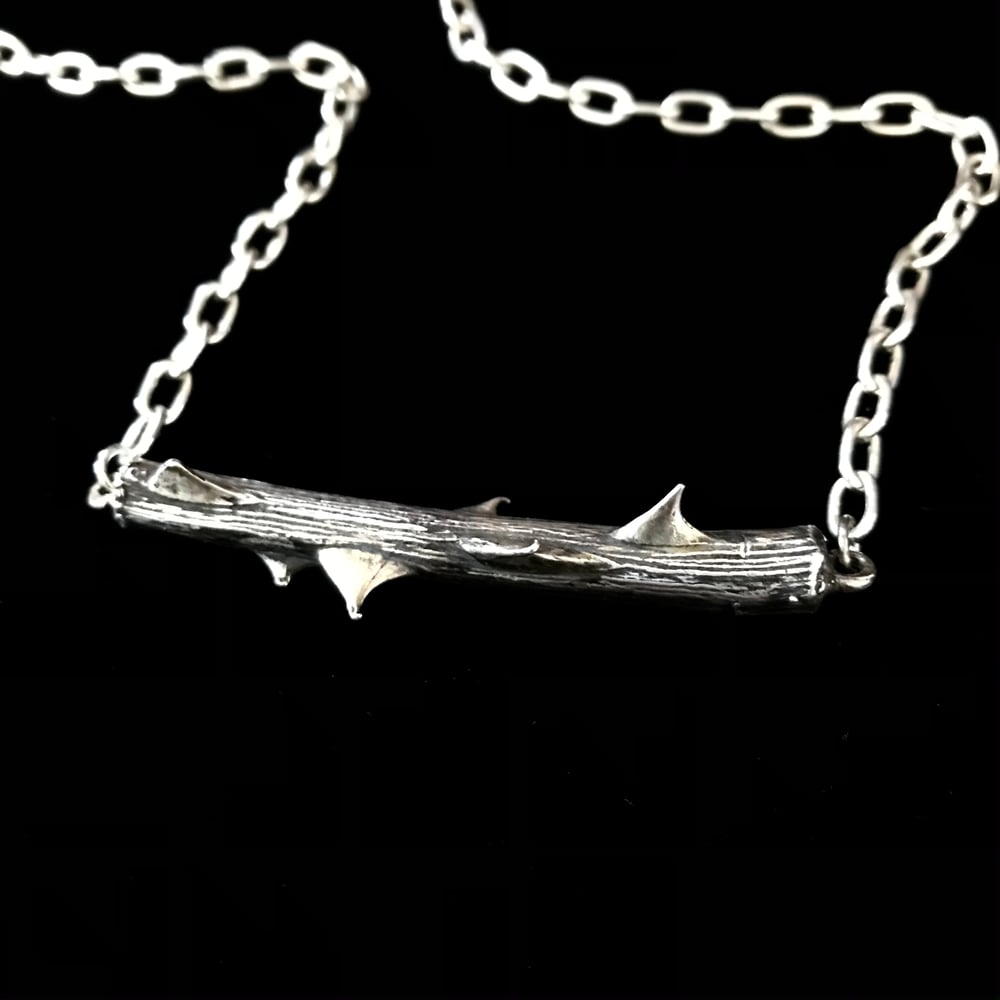 Lifecast of a rose stem picked from a cemetery, the October Rust necklace named after the classic Type-O-Negative album. Such as the song titles, the rose stem is a symbol, a reminder of
the duality of nature as suggested during the Symbolist movement of the 19th century from Charles Baudelaire's 'Les Fleurs Du Mal'. His ode to the anti-heroes: the beggars, the blue collars, the gamblers, the prostitutes and victims of imperialism - dining on the frayed fringes of life with decadence and lust. During this period Christians were reluctant to use the rose in funerary arts because of its association with decadence.